In 2022, it is 50 years since section 213 of the Penal Code was repealed, and it was no longer forbidden to live as a homosexual in Norway.

With that, a pioneering step was taken in the important struggle for acceptance and equal rights. TVNorge and Discovery + celebrate the anniversary year with the documentary series «UT» (editor note in English «OUT») .

In 50 years, the gay cause in Norway has gone from prohibition and shame, to a ten-day Pride festival and inclusion in the king’s speech.

A lot has happened along the way. There have been fights, quarrels, tears and exclusion, but also warmth, laughter, unity and love. The LGBTQ struggle has changed and liberated Norwegians, both as a people and a society, in more ways than one might think.

But even though a lot has happened, the fight is still going on. To understand where Norway as a society is today, and where we are headed, it is important to understand how things turned out the way they did. That story is told in the documentary series «UT».

Journalist and host Sarah Natasha Melbye has written the script and is the editor of «UT», where parts of Norway’s LGBTQ history are seen through the eyes and hearts of more than 50 famous Norwegians.

«UT» will be streaming on Discovery + from 27 April 2022 – It’s unknown at time of publishing if the series will be available outside Norway – please contact your local Discovery + when it’s available in your country. 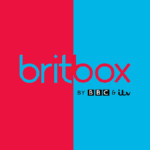