Prince Wilhelm adjusts to life at his prestigious new boarding school, Hillerska, but following his heart proves more challenging than anticipated, we all learned in Season 1 of Netflix show of «Young Royals»!

In the Swedish podcast, «Över Bordet», hosted by Petter Egnefors and Tom Ljungqvist, Omar Rudberg said the filming of season 2 will start filming in February.

Only Covid-19 and the Omikron can stop it, it’s well known that Sweden had and still has the easiest restriction during the pandemic compared with all countries in the world.  Now in January the Covid-19 are on the raise thanks to the Omikron variant. There are no mask mandate (they have never had mask mandate during the pandemic) so about approximately 95 % of Swedes are not using masks to protect them self and their love ones or to ease the raise of Omikron cases.

This week Melodifestivalen cancelled their tour due to the raise of Omikrom cases, so all shows will be held in Stockholm in February. Melodifestivalen are Swedens national selection for Eurovision and Omar Rudberg are one of the contestant this year – it’s his third time and second time as a solo artist.

Omar also said in the podcast that the filming will take approximately 3 months, so it might be on the schedule that season 2  of «Young Royals» will be premiering at the same time as Season 1 did on 1st July.

Season 1 of «Young Royals» you can stream on Netflix now! 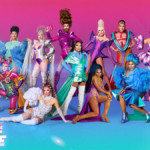